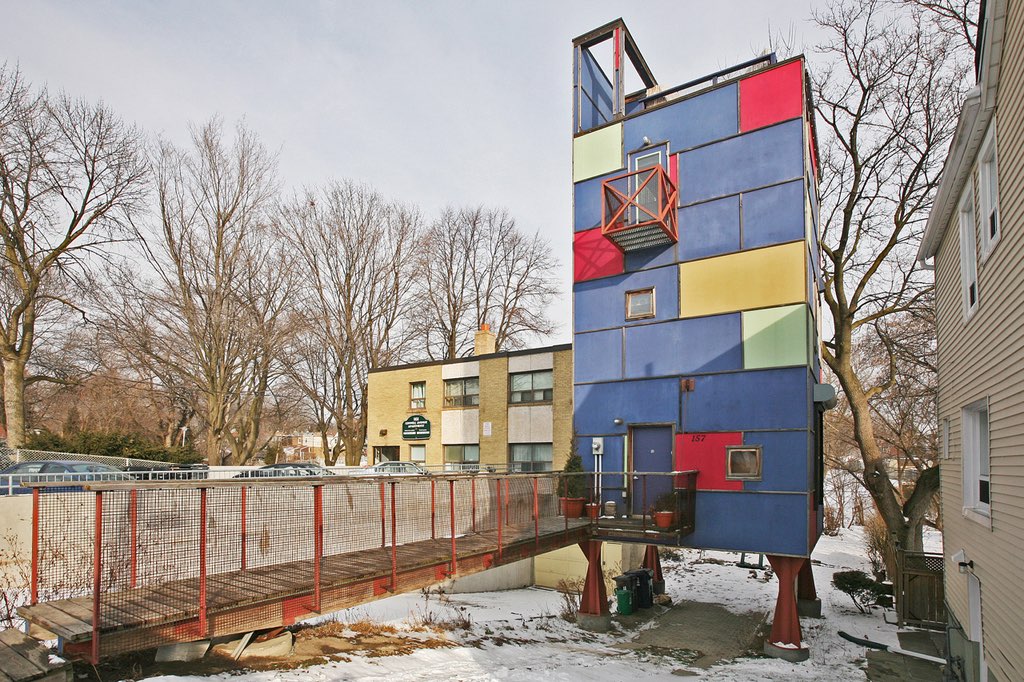 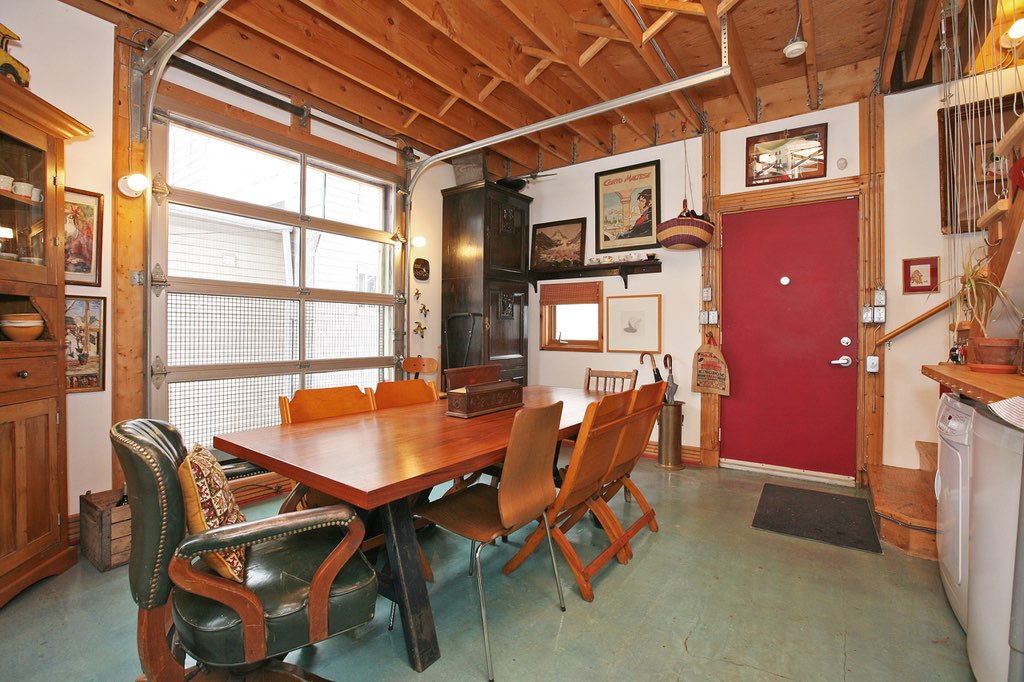 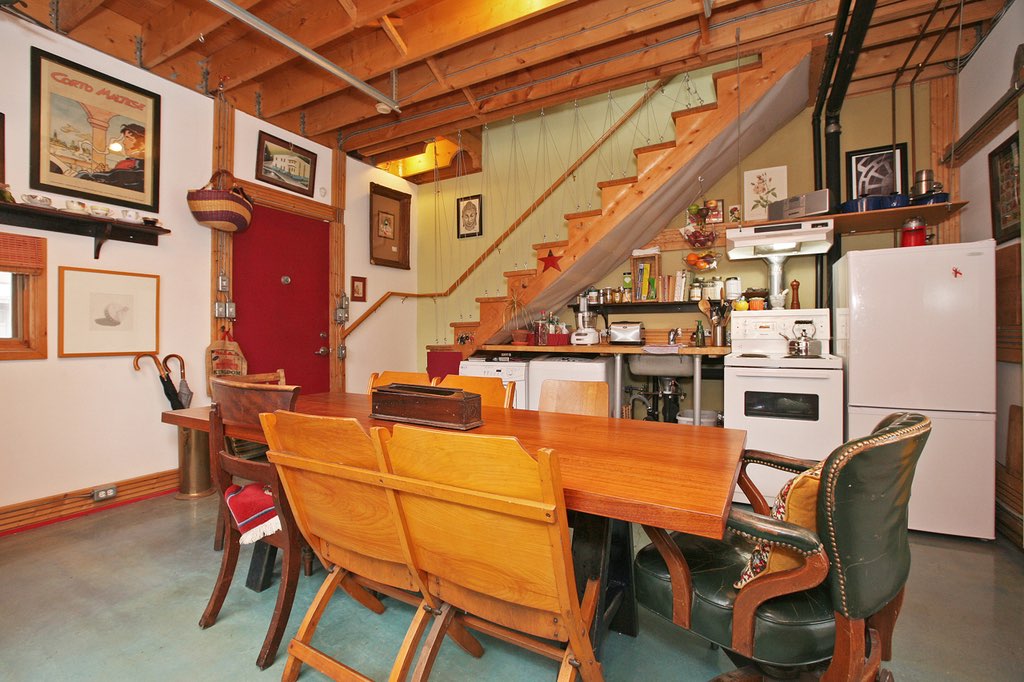 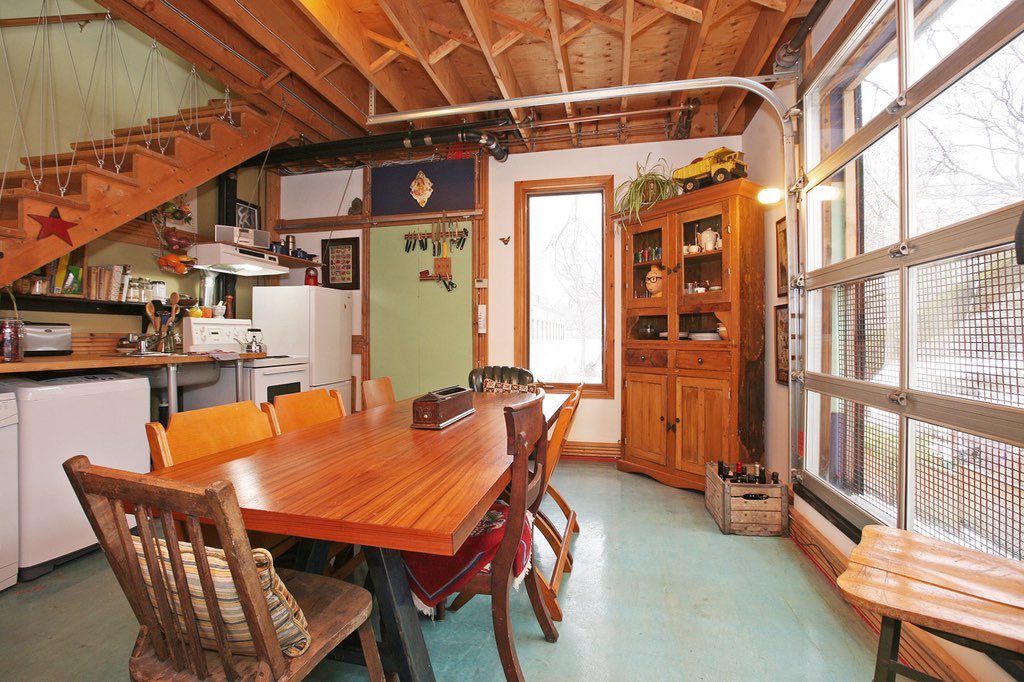 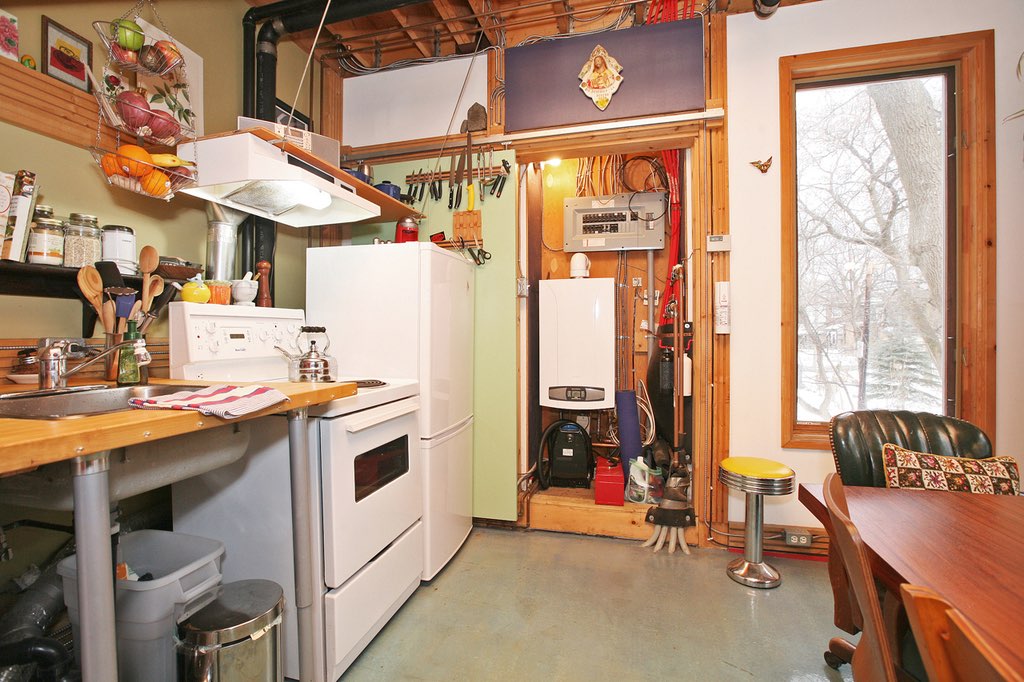 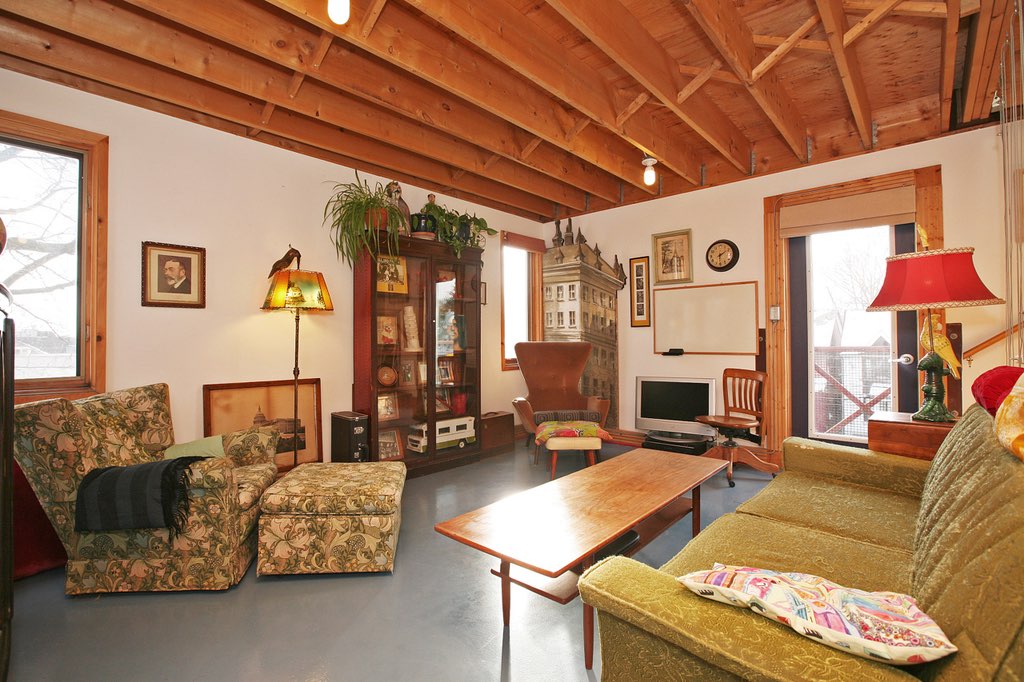 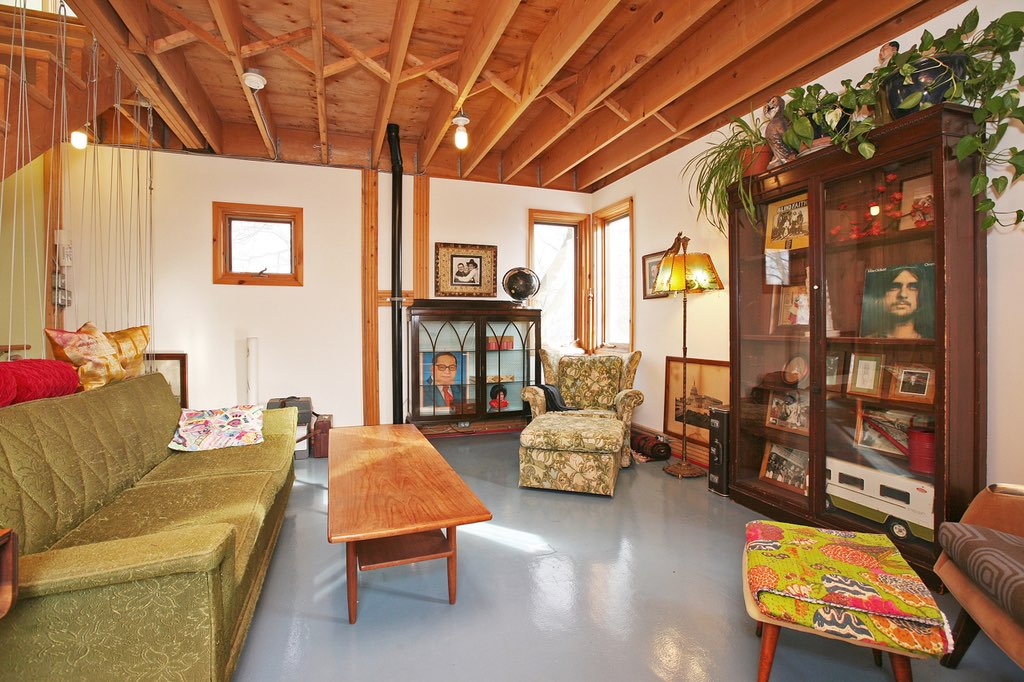 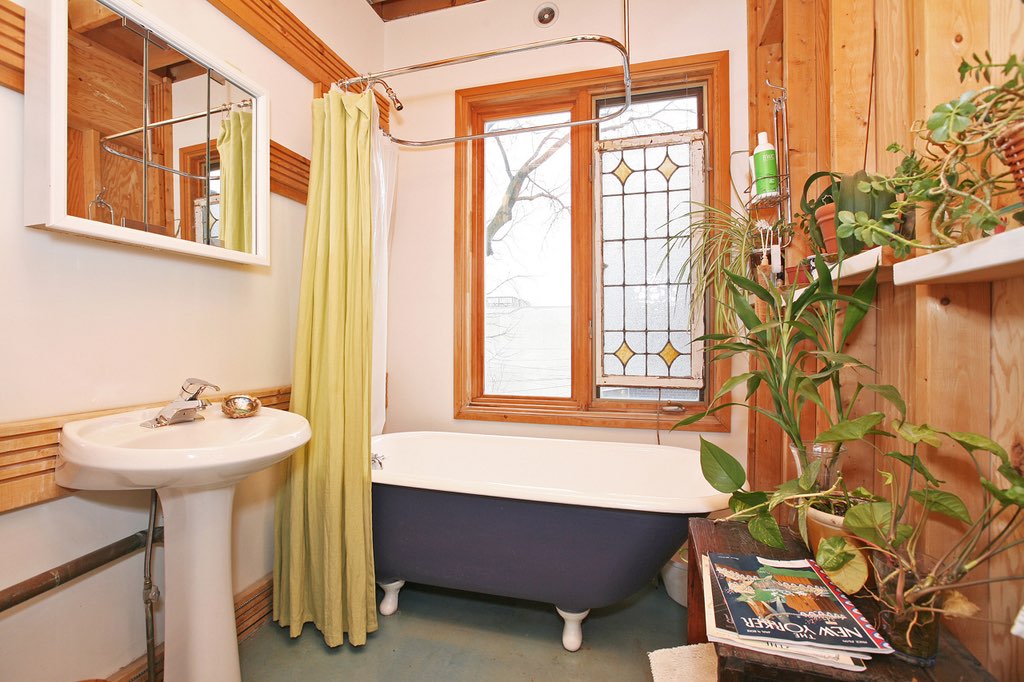 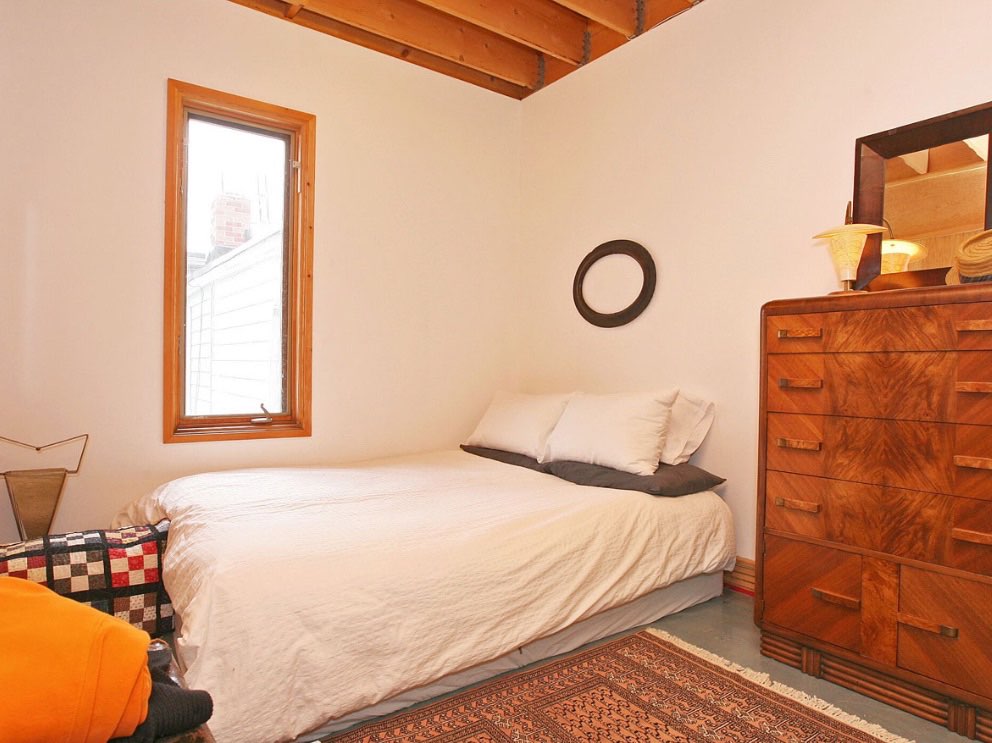 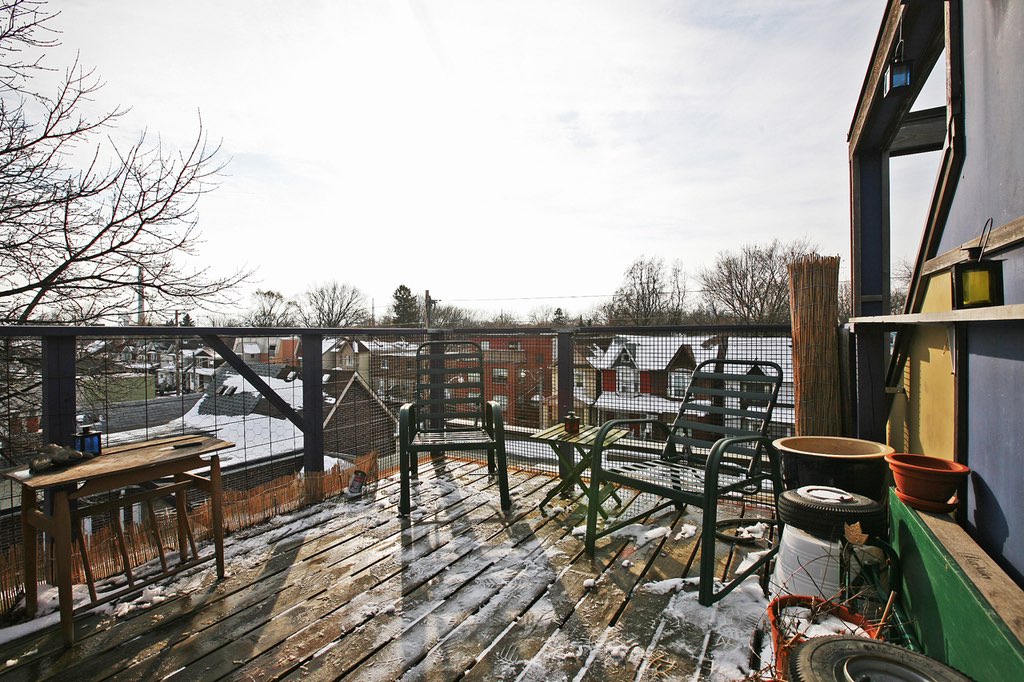 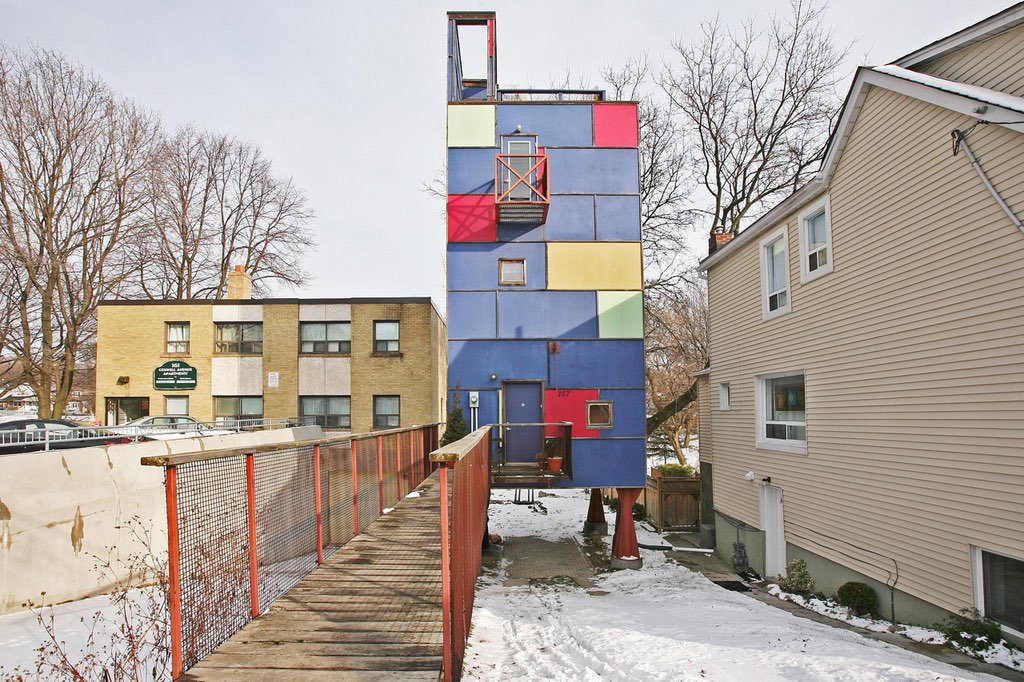 A three-story, 798 square feet home with upper-level deck in Toronto, Canada. Designed by Spaces by Rohan. 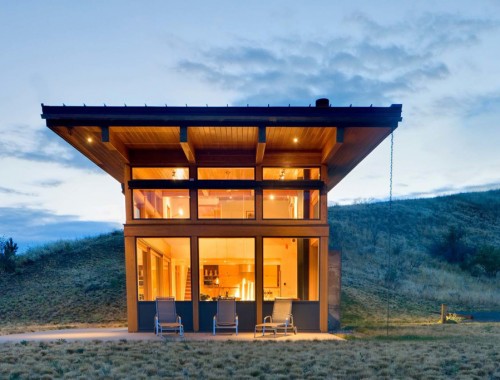 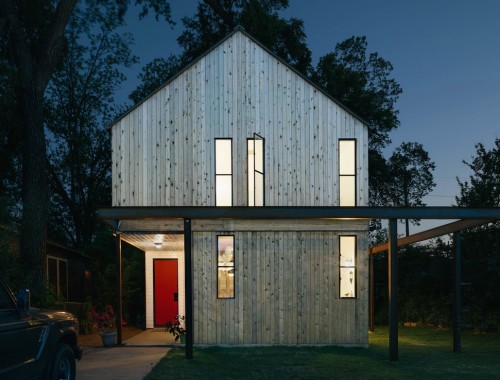